Dental implants are a modern treatment used to replace missing teeth. This unique treatment involves the use of small titanium posts to provide support for your dental restorations. The posts are surgically implanted into your jawbone, where the bone fuses gradually to them to stabilize them within your jaw. At Florida Prosthodontics, we dental implants as a treatment to meet many different needs. However, how exactly did this treatment come to be?

Dental implants are often thought to be a modern solution for replacing missing teeth. While the implants we know and use today are a result of modern research and development, implants have been around for thousands of years, and in cultures all around the world. These early dental implants, made from a variety of different materials, have been found to be placed after death, and are believed to have been placed to prepare bodies for the afterlife.

In 1931, the mandible of a young Mayan woman was found with an implant made from sea shell and bone versus pure titanium, titanium allows, or zirconia like modern dental implant materials. Originally, it was thought that her implant was placed after death, just like other implants. It was discovered later that her jawbone had begun to fuse to the implant, indicating that it was placed while she was still alive.

The Beginning of Modern Dental Implants

In the 1950s, a Swedish orthopedic surgeon by the name of Per-Ingvar Brånemark was performing research on how bones heal. At one point during his research, Brånemark placed a titanium cylinder in the femur of a rabbit. When he went to remove it later, he discovered that the bone had begun to fuse to the cylinder, and it could not be easily removed. Brånemark had discovered osseointegration. This discovered led him to conduct further research and development, which eventually led to the development of dental implants. The first successful dental implants were placed in 1965.Brånemark did not stop there. He continued his research and development, looking for ways to improve his new product. He eventually entered into a partnership with a company called Bofors AB, now called Nobel Industries. This company helped him to develop and market his implant products. Eventually, Bofors AB founded Nobelpharma, now known as Nobel Biocare. This company was, and still is, devoted completely to the research and development of dental implants, and is the industry leader in dental implant products.

What Does the Future Hold?

Over the years, numerous developments and improvements have been made on dental implants. These developments have helped to greatly improve implant success and reliability. Implants have also become more widely available to more patients. There are many different types of implant products available, including single tooth implants, multiple teeth implants, and full arch restorations. There are several types of full arch restorations that help those missing an entire arch of teeth able to get implants without first needing to undergo a bone graft. Alternative materials are also being researched, with zirconia showing the most promise. These alternative materials are making implants available to those who cannot use metal or who do not like the idea of having metal implanted in their mouth. With dental implants, the ways in which we are able to replace missing teeth has been completely revolutionized. Dental implants are an incredible treatment for replacing missing teeth that provide a whole host of different benefits. For more information, and to find out if dental implants are right for you, call Florida Prosthodontics today at (321) 635-1175. 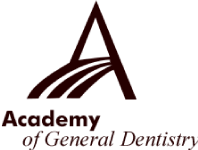 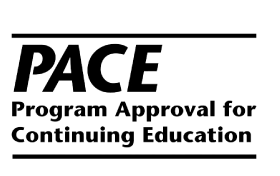